Spotify began its journey in the year 2006 in Stockholm as an online music subscription service with only one mission, to offer on-demand access to over 60 million tracks from all the genres, styles categories from all around the world. Thanks to Spotify, sending and downloading MP3 soundtracks is now replaced with directly streaming our favorite songs in a single click, anytime and anywhere.

Spotify offers its users a more personalized music search with weekly song suggestions, playlist sharing feature, and Spotify Connect, which has made the brand a people’s choice in 2020. The leading digital marketing company understands that apart from an excellent product, the brand’s success is the outcome of its commendable and effective marketing mix.

A report by CNBC states that Spotify Technology reported a 22% jump in first-quarter revenue with a growth of 31% in the premium subscribers from a year earlier.

With over 299 million users across 92 markets, Spotify operates on a freemium revenue model where the services are provided free of cost, and if the users want access to some additional features on the app, they can purchase it within the app.

In this case, Spotify users get free access to all the songs but encounter audio based advertisements after every few songs.

Users can purchase the Spotify Premium subscription and unlock multiple features like ad-free music, unlimited skips, offline listening, and extreme audio quality for a month. And, as of the second quarter of 2020, Spotify has over 138 million premium subscribers worldwide.

Spotify made its entrance in the Indian market in February 2019 and reserved a whooping 1 Million subscribers within just a week of launch. Surprisingly, within 1 year Spotify India took over 15% of the Indian streaming market.

The digital marketing company in Gurgaon found that, to conquer the Indian market, Spotify India cracked a great deal with music brand ‘T-Series’ and got the streaming rights for more than 160,000 songs which are loved by the Indian audiences.

Spotify India analysed that unlike other countries, Indian audiences are not interested in subscribing for a music streaming service, hence the brand took a smarter approach and offered free-music streaming for the users. And offered a premium ad-free package for a minimal amount of Rs 119/month.

“A company is as good as its employees”, the Spotify team proves this statement right by creating over 300 ad variations within just 72 hours while getting inspiration from the trends and regional pop culture.

With extreme competition from other music streaming apps like Gaana.com, JioSaavan, and Wynk, Spotify India faced a threat of getting vanished in the Indian market, but within a month of it’s launch, Spotify played its first move with a huge marketing campaign which was called “There’s a Playlist for That”.

The best digital marketing companies in Delhi NCR believes that it was one of the most remarkable campaigns designed by the brand to create a spot in the Indian market, and clearly establish its USP.

Everything about Spotify’s “There’s a Playlist for That” Campaign:

Undoubtedly, Soptify’s first ever campaign was a hyper context-specific initiative which was successfully customized and adapted for both the Out Of Home (OOH) and Digital media marketing to strategically target each individual user based on their behaviour and trends.

This campaign was conceptualized keeping in mind the user behaviour that every user feels very strongly about the kind of music they listen to and wants their playlist to express their emotions. Hence, the campaign was created to motivate the users to explore the 3 billion unique playlists which are constructed by the Spotify Editors, AI algorithms, and by the users on the basis of their lifestyle.

Spotify created over 500 different creative works which were publicized through numerous outdoor style hoardings and digital promotions with the goal to reach the maximum audience. These creatives were designed smartly appreciating quirky and fun operations, designed to touch the hearts of the local users. 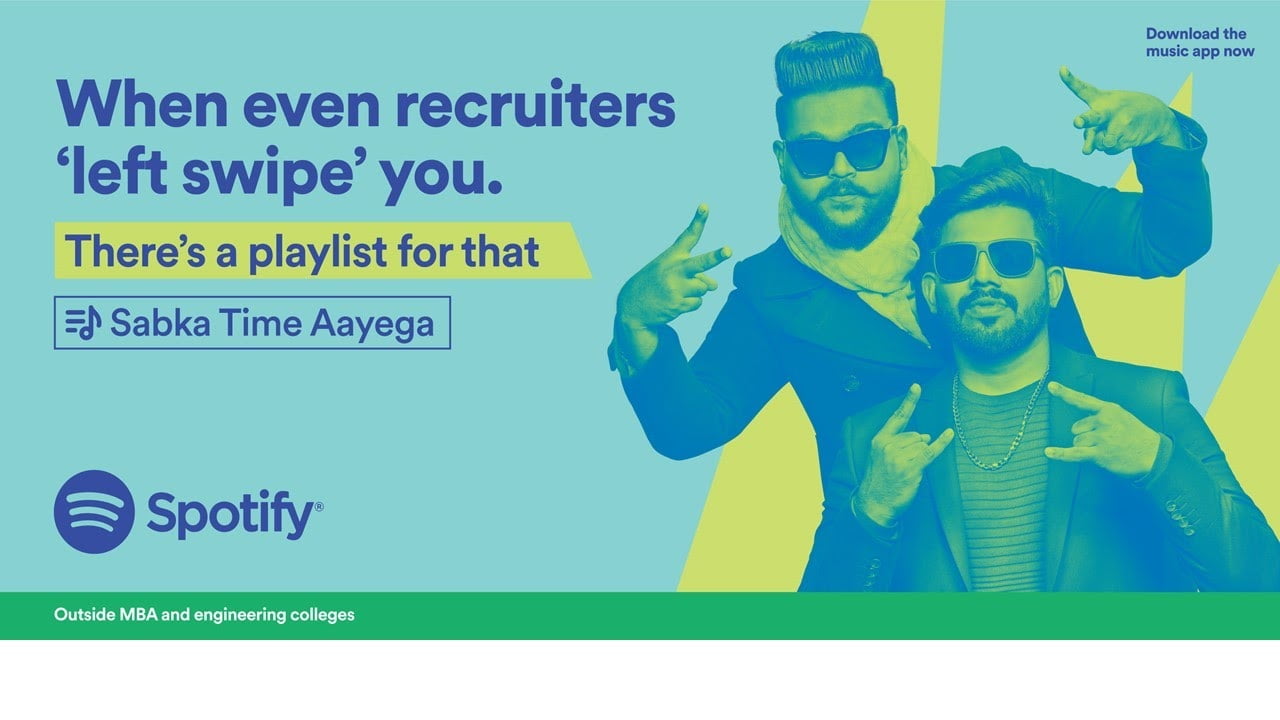 Social Media Strategy: The top social media optimization company found that Spotify India made a smart and effective utilization of its social media platforms, especially Instagram. With constant engagement by turning Instagram Stories in its favour.

While speaking on the launch of the Spotify India campaign, Rajdeepak Das MD India & Chief Creative Officer South Asia, Leo Burnett mentioned, “With so many curated playlists, Spotify has something for everyone; whatever be your mood – there’s a playlist for that. It is a fun execution of everyday life situations where things can go from good to bad, or bad to good but remember there is a playlist for that too. The strength of the campaign is that it is hyper–localised and the execution is not only city specific or area specific but even situation and local quirk specific.”

Right after ‘There’s a playlist for that’ campaign, Spotify introduced its first TV commercial which also marked its place on the digital and OOH platforms.

The TV commercial features famous bollywood star, Anil Kapoor playing a slow paced cook who is later paced up by a rocking track on Spotify. The brand earned huge social media interaction with the stars in the ad and other influencers in the loop.

Spotify India managing director Amarjit Batra said: “The new campaign reinforces how seamlessly Spotify fits into our users lives through 50 million tracks, including the latest and most popular, access to three billion plus editorially, algorithmic and user curated playlists, seamless integration across apps and hardware, and the ability to listen to music, regardless of what they’re doing – working out, cooking, or multi-tasking on their phone.”

On the occasion of World Music Day, Spotify introduced a campaign with Twitter partnership. The idea revolved around the twitter audience discovering playlists by using any emoji of their choice.

For the campaign, 3304 emojis were dedicated by Spotify for specifically created playlist. The idea was very simple, the users had to tweet any specific emoji of their choice and Spotify suggested a customized playlist which represented that emotion.

Tweet #PlayThis followed by any emoji of your choice and see the magic happen.

Can you emojine the fun!

This was a successful strategy for Spotify, because it helped the brand to improve the engagement with the audience and attracted thousands of new users to the platform.

Debashish Ghosh, national creative director, 22feet Tribal WW, said, “Music and emojis have quite a few things in common – both are universal languages that transcend boundaries and allow emotions to be expressed and shared. We decided to intersect these two and explore the ideas that emerged once we added Spotify’s key differentiator – their curated playlists, as the third element into the mix. That’s how #PlayThis on World Music Day came about. It was designed to connect in the moment with music fans and elevate their experience by making it participatory and personalised on the back of an automated engine. The response has been phenomenal and humbling to say the least. It reaffirms the belief that simple ideas still fly high.”

This campaign was created in order to showcase the rising trend of global music being loved by Indians. The top digital agency pondered upon the great idea and Spotify launched a microsite which puts light on the power of audio and how it brings us all together.

Listening Together features some really interesting playlists based on their followers, such as the ‘Today’s Top Hits’ which is followed by over 15 million followers.

Spotify’s Head of Marketing, Neha Ahuja, said “This campaign highlights a growing culture in India where our local users are streaming the very best of music that others across the world are listening to. No matter one’s age or location, Spotify’s 4 billion playlists are the ultimate destination for all kinds of music lovers to make the music a part of their daily lives. And we have seen this with the growing popularity of playlists like Global Top 50, Today’s Top Hits, and even the old school Rock Classics, all of which have millions of followers globally”.

Almost every marketer is well aware about Spotify’s Wrapped campaign, but to target the Indian audience, Spotify announced its Well Played Indian campaign around December 2019.

According to the best digital marketing company in Delhi NCR, this was a very effective approach, especially keeping in mind the diverse population of India with such a huge audience listening to such a huge variety of music.

This campaign was placed across multiple marketing channels including digital, OOH and Television, and as per reports, the single hashtag ‘#SpotifyWrapped’ was searched thousands of times, from which the maximum searches were recorded from Goa, Delhi, Meghalaya, Karnataka, and Mizoram. The great deal was, not just users and influencers but even huge brands like Netflix and BuzzFeed India joined the wrapped campaign.

The Spotify team left no stones unturned to mark the success of this campaign and led to the creation of 2 TV Commercials, 25 Visual Creatives (shared on multiple social and online platforms) and 15 Out-Of-Home creatives. 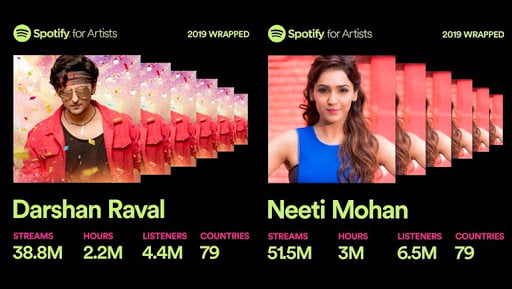 ‘‘Spotify Wrapped is unlike any other campaign and is designed to celebrate the user’s intimate relationship with music. Born through data and powered by the user’s innate passion to explore music, the campaign at its core reflects our value in audio discovery and how we are bringing alive newer music journeys and sounds every day. “Well played” is a commonly used phrase between friends and family in conversations, and we used it to create relatability to what the Wrapped campaign stands for. Right from users to artists, we’ve seen the sharing of Wrapped cards kick-off, and hope that this campaign drives more consumption and sharing,” said Neha Ahuja, Head of Marketing at Spotify India.

Coming across such well planned and perfectly executed marketing campaigns, there is no surprise that Spotify is among the leading music streaming service providers all around the globe. Within just 2 years, Spotify has created an irreplaceable space for itself in the Indian market with a perfect combination of social media marketing, online marketing, TVC, and OOH marketing. Spotify is looking to take over more consumer share as they grow stronger and more consumer-oriented in their offering as well as marketing strategy.

It is always a great pleasure to see the brands innovate, and Spotify does it seamlessly and super-effectively. Nothing less is expected from Spotify in the coming future.

Related Post
Know the types of Digital Marketing to succeed 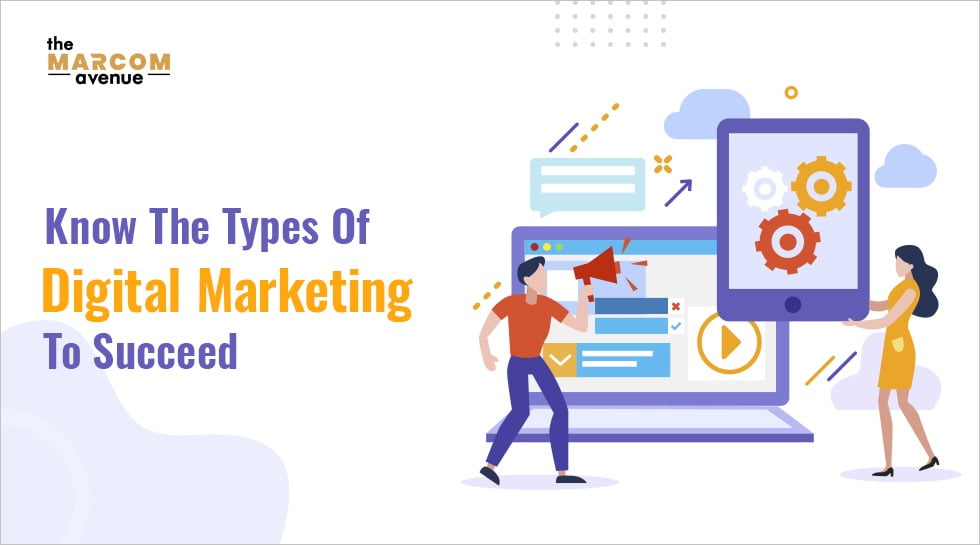 Today, digital marketing is one of the most important strategic Read more 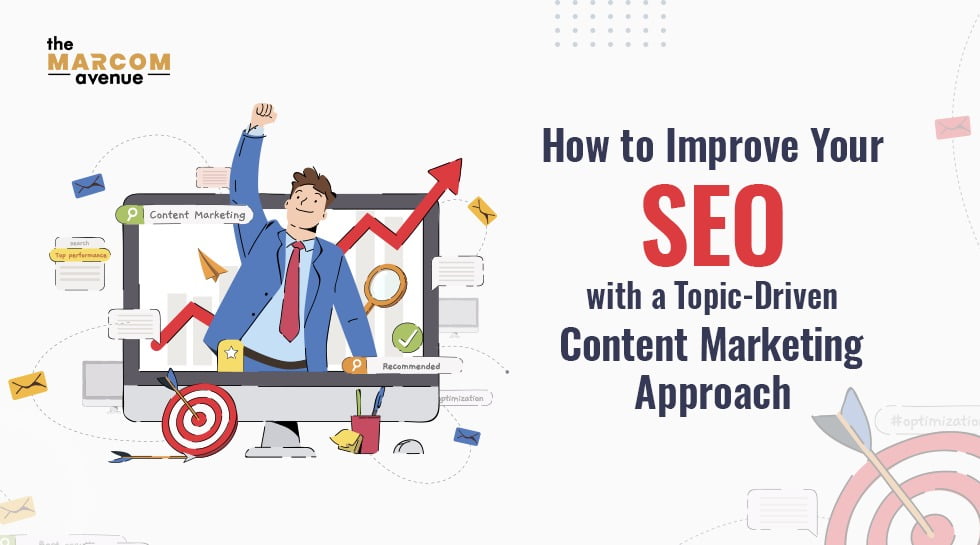 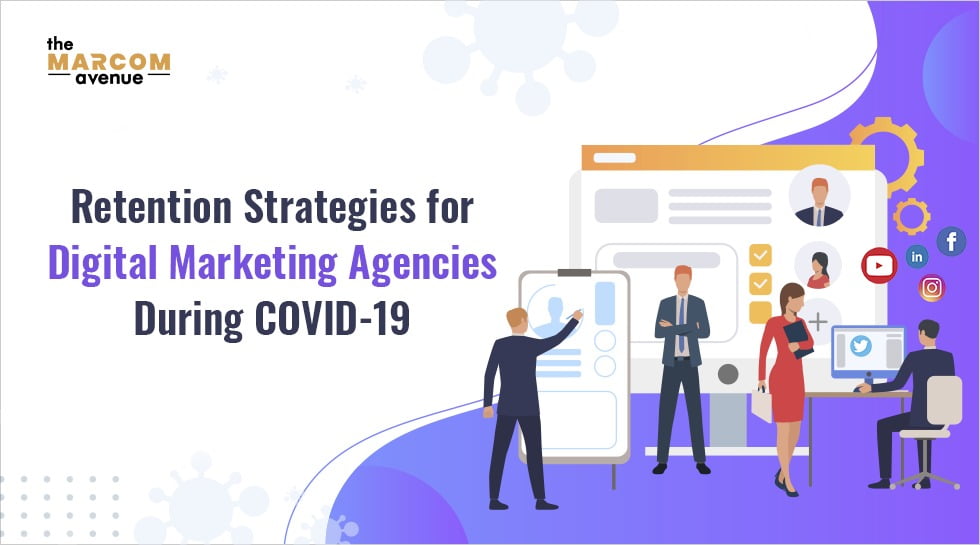 In the face of a global crisis, many businesses are Read more

The impact of Social Media on Businesses 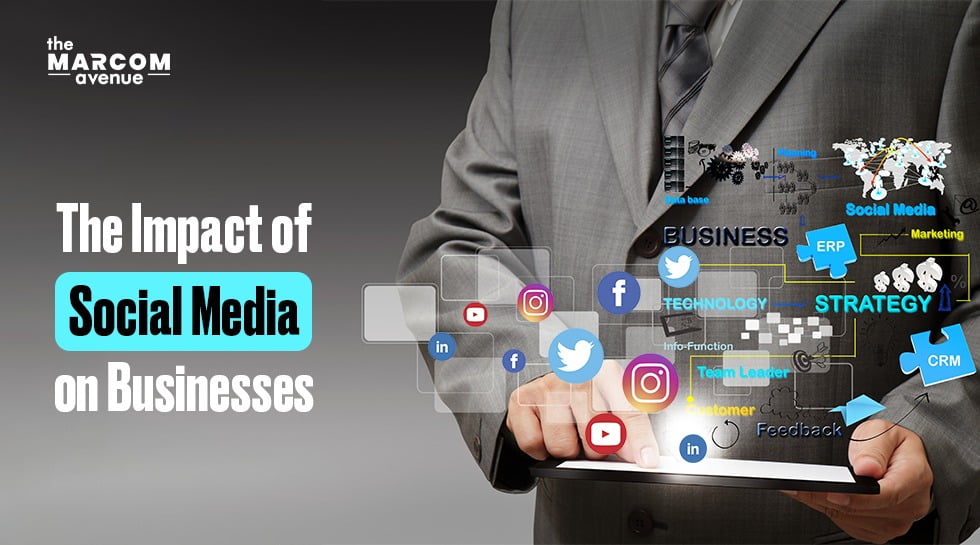 Due to the impact of social media, the relationship between Read more

How to get better results from Social Media Optimization? 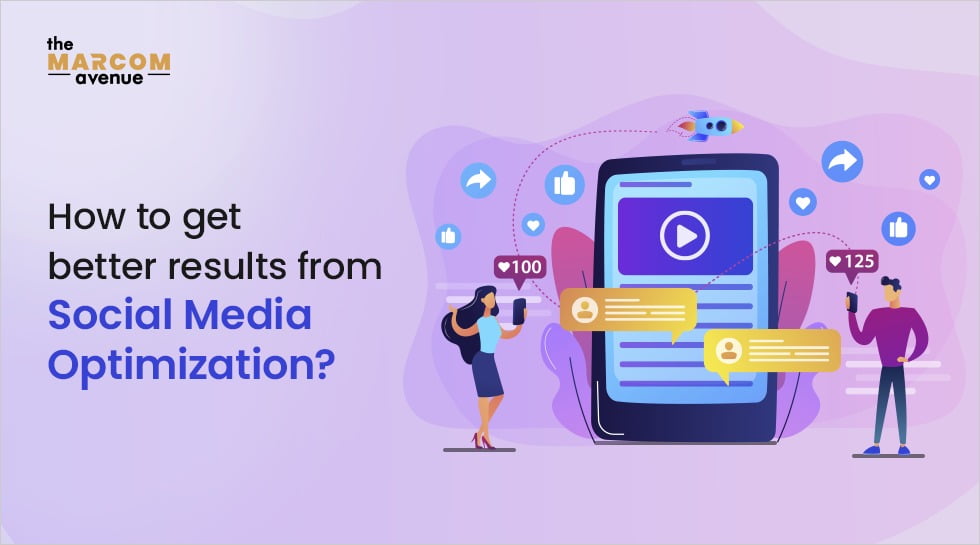 How to increase Keyword Ranking? 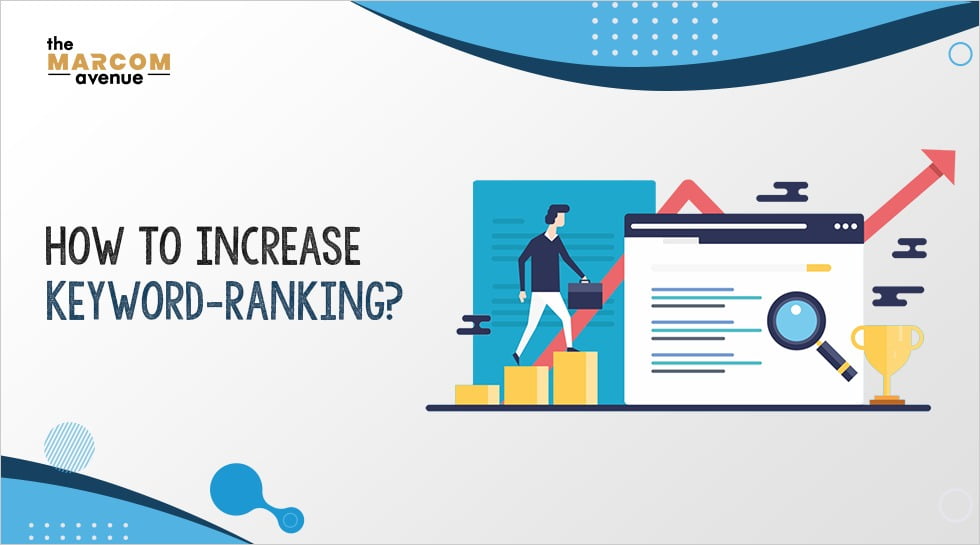