BYJU’s is India’s $11.1 Billion ed-tech giant that provides a platform for the teachers to teach and the students to learn. This ed-tech was created by BYJU Raveendran and developed in 2011 by Think and Learn Pvt. Ltd.

This amazing platform has provided the opportunity to learn from the best teachers to over 50 millions students from all over the nation. The leading digital marketing company in Gurgaon found that just in the month of March and April, 13.5 million users joined the platform to gain knowledge during the pandemic.

Growth of BYJU’s throughout its journey:

2016: Awarded by Google Play India as the ‘Best Self-Development App’.

2017: Created an online panel for the parents to track their child’s progress and BYJU’s Math App for kids.

2019: Recognized as the world’s most valuable ed-tech company.

2020: Witnessed the busiest three months due to the impact of COVID-19

Being an edu-tech company, BYJU’s target audience consists of every student/learner from grade one to students trying to crack entrance exams such as JEE, CAT, IAS or any other. The best digital marketing company in Delhi NCR understands that this is a great strategy considering the Indian education industry which includes over 260 million students in K-12 and more than 35 million students studying for their higher education.

The Chief Technology Officer, Prakash Ramachandran mentioned “When we started the company, we did not have an analytics-processing layer, so it was very difficult to get good analytics about how students use the website and mobile app.”

Amazon Web Services helped BYJU’s in gaining deeper analysis of the students’ choices and preferences while using the app which enabled the BYJU’s team to provide a unique and customized learning experience to the students. CTO later added “We have a robust analytical tool, Amazon RedShift, that helps us collect user data, so we can more effectively personalize every student’s learning journey and provide customized feedback and in-depth analysis.”

BYJU’s operates as a Freemium business model where a lot of their services are offered for free but to gain access to the further content, users have to opt for a paid subscription. 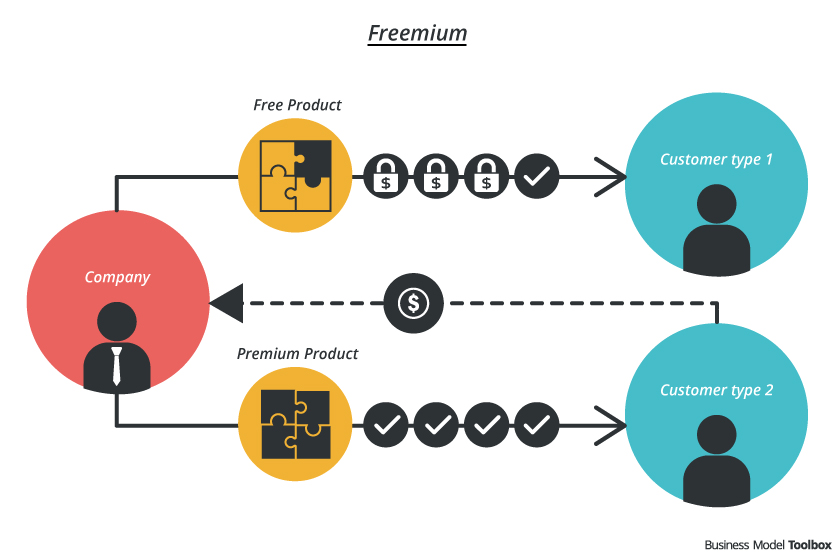 According to a report, in the fiscal year of 2019, BYJU’s revenue was recorded to a whooping Rs 1,341 crores and a profit of Rs 20 crores. The top digital agency mentions that this unbelievable success is the result of the increase in the number of its paid subscribers and full-throttle marketing efforts.

Since the beginning of year 2020, BYJU’s has been raising funds and in the current round, the company has successfully received $500 million from the investors.

The marketing journey of India’s No 1 Edtech brand has been a rollercoaster with many successful marketing campaigns gaining a prodigious amount of business for BYJU’S and even some failed campaigns which have some important learning for every marketer.

In 2018, the company planned an on-street approach to reach out to individual potential customers in the small cities. The idea was traditional and very simple, with a strong team of 1000 employees, BYJU’S planned to visit home-to-home and pitch-in their product to the customer.

The top digital marketing company in Gurgaon finds it to be an unusual approach, especially by an internet based company, which in most scenarios depend on the online platforms to drive sales while tapping into the customer’s data.

This campaign began from the streets of Bengaluru and later extended to the cities of Hubballi, Dharwad and Mysore in Karnataka. BYJU’S executives were successful in generating upto 50% conversions through these counselling sessions.

According to the digital agency in Gurgaon, any marketing strategy is always based around the behaviour of the targeted audience, but interestingly, BYJU’s has to create its marketing plan to win the hearts of two completely different sets of audiences: ‘Students and Parents’. This is because the students are the ones who will be eventually engaging with the platform and parents will be the ones paying for the subscription.

Hence, the marketing journey for the brand has been an inspirational one, which made its way to the top. Let’s dig into how BYJU’s successfully cracked its audience and garnered a huge subscription base.

It is a real challenge for one marketing campaign to target two really different audiences of a different age group and thinking process, but BYJU’s surely managed to find that link which drives decision-making among its audience. Here is how the company did/does it:

Being the actual users of the platform, the students are majorly concerned about the experience they will receive. Hence, their opinion about the app is hugely impacted by their learning journey with the app.

To earn the support of the learners, BYJU’s left no stones unturned, and targeted this audience group very smartly. Firstly, the company came up with an early learning app for the students. Also, partnered with Disney to make the learning experience more interactive for the kids and created trademark Disney stories, educational games and digital worksheets which led their path to success amongst the students.

BYJU’s also worked with the King of Bollywood, Shah Rukh Khan, as their brand ambassador which attracted this age group to their platform. Their television advertisements began with their first ad with Shah Rukh Khan that aired during a India-Pak match and it turned out to be a real success and prompted the audience to download BYJU’s app.

But, their approach for the grown up students was a bit different, since they have a different kind of understanding and learning responsibilities. BYJU’s encountered the common tensions which many students face such as clearing an entrance exam and conveyed themselves as a powerful tool that will help the students crack their dream.

This was a phenomenal Video Marketing Campaign and it left a lasting impact on the minds of parents and broke one of the biggest myths about technology. This campaign shed light on how the modern devices can help their kids in learning and can offer rich and interactive content for the students.

Mrinal Mohit, COO, BYJU’S commented, “At BYJU’S, creating quality and seamless learning experiences for students has been our key focus area. Parents often think that children use smartphones for entertainment only. This campaign has been crafted to help parents understand the importance of learning through smart devices and how the concept of using smartphones as a learning device is becoming widely popular. In fact, the TV commercial depicts real-life scenarios that students learning from smart devices would have gone through at some point or the other. We are confident that this new campaign will help us instill trust in the fact that better learning experiences enable students to become self-learners and learn for the love of learning, rather than the fear of exams.”

Clearly BYJU’S understands India’s love for cricket and knows how to use it in their favour very well. The ‘Keep Learning’ campaign is a concept by Spring Marketing Capital launched in 2019.

The TV commercial features the Indian Cricket team unveiling their new jersey showcasing the BYJU’S logo on it. In the TVC, the team walks to the pitch while sharing their emotions and inspirations from it to continue learning while staying on the path of growth each day.

This campaign proved to be a huge success for the company and attracted a commendable amount of attention on the brand with over 8 million views just on youtube.

According to the BYJU’S team, students do not care about the product, they care about the problem it solves for them. Hence the ed-tech company planned to solve one of the biggest problems for the students during the time of crisis and offered a free-access to the live classes from the best teachers on BYJU’S.

The user just has to select their preferred subject and time slot, and they are ready to get back to their curriculum for free. These online classes were backed with interactive videos, revisions and practice tests.

With this campaign, the learning app successfully gave a flavour of the seamless learn-from-home experience to the students.

The edtech company is targeting to increase their business in other regions of the nation and has recently partnered with Sudeep Sanjeev to launch their first-ever campaign in a regional language (Kannada).

Also, the team has created two ad-films in Telugu starring movie star Mahesh Babu which means to focus on the growing preference of online learning among students.

Mrinal Mohit, chief operating officer, BYJU’S, said, “The on-going crisis has led to a substantial shift in the mindset of parents who are becoming more accepting of online learning platforms as they are witnessing its impact in real-time. With the immense popularity that Sudeep Sanjeev and Mahesh Babu both enjoy, we are confident that we will be able to continue the momentum and address the common apprehensions that parents have about online learning solutions.”

With such a rapid growth in monthly active users and whooping investments from all over the world, the EdTech leader aims to grow their business internationally and launch their app in other countries.

Reason behind the Digital Marketing Failure of BYJU’s

Undoubtedly BYJU’s has done really well with its marketing strategy to earn a huge share of the edtech business, but the same cannot be said about its online marketing strategies and here is why:

The Edtech company planned a marketing campaign while targeting the audience on the basis of their interest which surely worked and BYJU’s was successful in generating a great number of leads for the business.

But, unfortunately the leads were not converted into customers because according to the interest, the targeted audience were mostly students. Considering the expensive prices, the buyers must be the parents.

Hence, most of these leads were just not useful for the business.

Failure of BYJU’s at SEO:

The leading SEO agency in gurgaon explains Search Engine Optimization as one of the most powerful tools for boosting sales and generating organic leads, but it didn’t really work the same way for BYJU’s.

The team worked really hard to drive students on their platform by integrating SEO efforts, but the fact is there are a huge number of competitors like Toppr and Vedantu fighting for the first position on Google and were doing it successfully.

Failure of BYJU’s at Google Ads:

Yes, to tackle the SEO situation, BYJU’s spent a lot on Google Ads to reach the top of the SERP page as shown in the picture below.

In this case, the audience attracted by the keyword ‘NCERT Solutions’ were mostly students looking for study material for free and had no intentions of making a purchase on the platform, hence these leads could not be successfully converted into customers.

Nevertheless, these challenges could not stop BYJU’s from growing. Adding the traditional tactics to their marketing campaign helped the business to boost awareness for both the generations of their targeted audience: parents and students at the same time.

BYJU’s marketing journey teaches that before creating a marketing strategy for any business, irrespective of the niche, it is very crucial to analyse the targeted audience and their behaviour to successfully convert leads into customers. Also, one of the best digital marketing agencies in Delhi NCR understands that following the latest marketing strategies is a great plan but for your efforts to actually perform, every business needs to analyze the everyday performance of the campaign and improvise their efforts for the best results.