Dream11, India’s first single-match fantasy sports platform, was launched in 2008 by two sports enthusiasts Harsh Jain and Bhavit Seth. The best digital marketing company in Delhi NCR found that as a result of its varied features like fantasy cricket, football, kabaddi, and NBA basketball, the business has successfully been able to host over 10 crore users.

In 2019, the leading fantasy sports platform signed up with 20+ celebrity cricketers, including former Indian captain Mahendra Singh Dhoni and one of the most loved Indian cricketers Virat Kohli.

This is one of the most asked questions about this gaming platform because of the functionality, but Dream11 is 100% legal as announced by the Supreme Court as well.

In 2017, a case was registered against the company in the high court, and during the ruling, the court stated that this game requires superior knowledge, judgment, and attention.

Fantasy gaming in India is at a growing stage, and that it would not be wrong to say that there are new entrants every day in the market. With Dream11 being the industry leader, there are close to 60 other online gaming platforms operating in the same genre. Some of them include FanMojo, Mobile Premier League, Ballebaaz, HalaPlay, Gaming Monk, etc.

Dream11 provides a platform for users to show their passion and knowledge in sports. Based on sports knowledge, each individual creates a unique team with the players available in that particular match and then compete in the league.

The top digital agency understands that in order to participate, each player has to pay an entry fee. At the end of the competition, most of the amount accumulated is distributed among the winners as prize money, and Dream11 retains the rest of the money as revenue.

According to some experts, the gaming company distributes, on average, 73% of the money and earns 27% of money per contest. 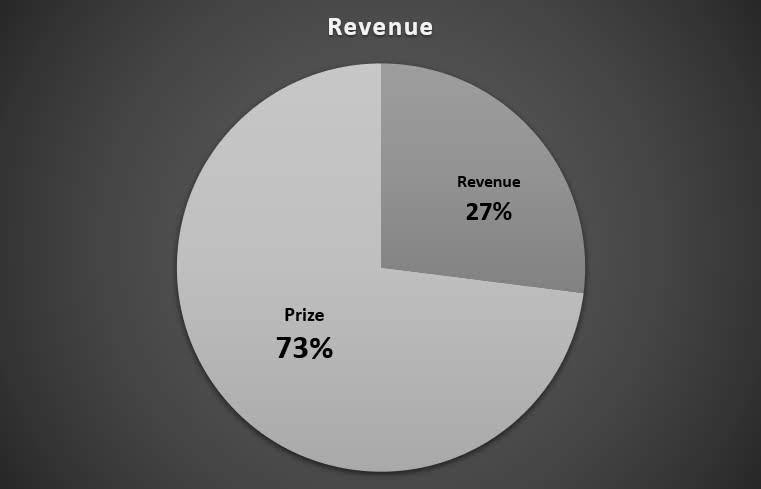 The target audience for the brand lies between the age of 20 to 35 years, who are capable of making their decisions.

Also, according to a recent analysis, among the existing players, participants between the age of 20-35 are known to have the maximum transaction on the platform.

The fantasy gaming business is undoubtedly making enormous efforts to reach out to the maximum audience for the growth of the platform, and here are some of the most inspiring marketing campaigns by Dream11:

This campaign was an extremely successful effort and thus has been recognized as the official honoree at Webby Awards 2020.

The campaign used a single pre-roll advertisement on YouTube videos of cricket highlights from the ICC World Cup 2019. This strategy was implemented to eliminate expensive sponsorships and instead use a digital trick to grab the attention of millions of potential customers for Dream11. According to reports, this campaign led to a 40% increase in Click-through-rates.

Last year, the fantasy gaming platform launched 6 video films to celebrate the passion of cricket fans, which makes them go out of their way to play the game. Yes, Dream11 offers a variety of Fantasy sports, but the fact that 85% of the platform users are playing fantasy cricket is reflected clearly in their marketing campaigns.

The leading digital marketing services in Gurgaon believes that it was a brilliant campaign because it successfully connected with the emotion of players all over the country. Also, to boost the efficiency of this campaign, these videos were created in 6 different languages.

While capturing some real-life cricket situations, the brand played a smart trick by featuring the brand ambassador MS Dhoni, which helped the brand to earn trust and credibility.

The videos bring back the emotions and nostalgic feelings by taking us to the gully cricket days. Even the background music is so soothing that it makes the perfect match to give us a nostalgic feeling with an emotional touch.

This was a highly successful campaign as it drove the attention of millions and led to over 100,000 app downloads.

During the Football season in 2018, India’s leading sports gaming platform launched an integrated marketing campaign featuring MS Dhoni – an avid football fan and the role model for millions of Indians.

#ContentAlert
As the teams kicked off in style last night, did you #WatchLikeDhoni with awareness in your sight?

Here is the video film for the “Dimaag Ki Kick” campaign:

In this video film, the business aimed to increase engagement and encourage football fans to use their analytical skills to participate in the fantasy football platform. With a perfect blend of animation, contemporary and catchy tunes, this video was a fantastic creation.

This campaign was curated in continuation of the “Yeh Game Hai Mahaan” campaign and was driven through a unique approach. The best influencer marketing agency in Gurgaon understands that this campaign was wholly influencer-centric, and multiple influencers from various social media campaigns, including Snapchat, Instagram, and TikTok, tapped into their influence to reach out to the young cricket fans to participate on the Dream11 platform.

The campaign captured the attention of the youth across major social media platforms, roping lacs of new users, extensive press coverage, and millions of followers.

While talking about the marketing journey of the leading fantasy gaming platform, it is very crucial to have a look at its social media platforms as Dream11 has been creating some amazing content and has been successfully engaging its audience base of millions.

The top social media optimization company found that the gaming business clearly knows how to utilize its customers as its endorsers. Keeping in mind the nature of Dream11’s business, it is very significant to earn the trust of the customers, and who better can help earn the trust than other customers?

Customers as its Endorsers:

The brand’s social media platforms are highly active and showcase their leading players who have won lakhs of rupees as the first prize. Also, they felicitate winners in the post-match presentation ceremony, which creates high aspirations and engagement among the customers.

When it comes to social media, contests are one of the best strategies to enhance user engagement and attract new followers, and the gaming business never misses to leverage the power of social media contests.

Have a look at the “Star Memer of the Day” contest:

This campaign is a great initiative to encourage users to participate and curate user-generated content for their social media platforms. Each winner was given a voucher of Rs 1000 to keep the motivation high and content flowing.

To keep the entertainment high, the social media team for Dream11 also created some really catchy posts just like this one:

For a brand like Dream11, it is vital for the brand to maintain the feel of gamification even on its social media platforms.

After analyzing the SEO performance of the leading fantasy gaming platform, the best SEO company in Gurgaon found that Dream11 has been excelling on the search engine result pages and has gained the ranking position for some really high-quality keywords.

This constant effort helps the brand to spread awareness and boost visibility and reach among potential customers.

Dream11 marketing strategies have been a real piece of work and have helped the brand make its way to the top of the fantasy gaming industry. After looking closely into the marketing efforts, the top integrated marketing agency understands that it is very crucial to tap into different platforms to engage and communicate with your audience. The brand’s unbelievable advertising strategies have helped the business gain the trust of its audience and maximize its loyal customer base.